This is Zahid Ikram,  a Software Engineer, Author, & Researcher  & Poet from Islamabad, while my Home Town is Tehsil Gojra, District Toba Tek Singh.

In 1998, I left my Job as Software Engineer in Singapore, I returned to Islamabad in order to serve my homeland. I introduced Information, Internet & Web Technologies for Government, Local Business Organizations.

Beside "The Holy Quran Exhibition Park & Research & Development Center",  I'm also the Author of  "Let's Rebuild & Excel Pakistan"  "Science in Quran" and  "بحرِ بیکراں"   You may visit my website at www.findpk.com/zahid  and my Facebook official Page at www.fb.com/Zahid.Ikram.Official

Once  I observed the meaning of this Ayat of Holy Quran from Sorah Hamim Al-Sajda /Fussilat 41:53 where Allah said:

We shall show them Our portents on the horizons and within themselves until it will be manifest unto them that it is the Truth. Doth not thy Lord suffice, since He is Witness over all things? (41:53)

This Ayat touched my heart & soul and I started research in finding Allah’s Portents in our observable Universe and within ourselves. With the Grace of Almighty Allah, I have observed a great Portents of Allah that today’s modern sciences have just recently discovered but had already been mentioned in our Holy Book above 1400 years ago when there was no advancement of science and modern state of the art observation facilities.

Today most of us (Muslims) have forgotten the message of Quran, which was full of wisdom and inviting a Mankind to ponder over Allah’s Creations. Have you ever thought about the fact that you did not exist before you were conceived and then born into the world and that you have come into existence from mere nothingness?

Unfortunately, most of us do not ponder. By the grace of Almighty Allah, I have been doing research on on the horizons (Observable Universe) and within ourselves and have published my research work  as “Science in Quran”.


Have they not considered the dominion of the heavens and the earth, and what things Allah hath created? and that it may be that their own term draweth nigh? In what fact after this will they believe? (7:185)

By the Grace of Almighty Allah, on 15th April 2017, I was invited in Saudi Arab as Guest of Honor by “The Holy Quran Exhibition” and “Asma-ul-Husna Exhibition”, both Exhibitions are located at Masjid-e-Nabwi (PBUH) Madinah Munawrah. The Official Urdu Facebook Page of نمائش مسجد نبوی  Published about my Visit and my introduction at: https://web.facebook.com/Exhurdu/posts/1188045777985359?pnref=story

There I saw Beautiful Calligraphy of Quran and some Rare Historical Patterns of Quran, Digital Quran on Multimedia Touch Screens etc. At Asma-ul-Husna Exhibition, I fascinated by some Scientific facts of Qurran in 3d Modeling, Pictorial forms and with Multimedia Touch Screens. All was set Excellently but not covering all Scientific facts that has been proven by todays Science and have been described in Holy Quran.

I have also visited a Quran Gallery (Skindars's Collections by Mr. Sikandar Hameed Khan) in Bur Dubai, it has a huge collection of Antiques Holy Quran. At this Gallery, the Quran collection consists of World’s largest and smallest Holy Qurans, Old Qurans written on Leather, Wood and Leaves and Modern Qurans written with Gold Silver and beautify with Precious Stone and Gems etc.

All The Islamic Exhibitions that I have visited by today, sorry to say that most of them have not touched my heart & Soul. Quran written in Gold Silver and beautify with Precious Gems… What does it mean to Allah? While Allah’s Message is not being understood by Mankind!

We must Highlight the History of the Holy Quran, Arabic Language, Arabic Script Writing, Calligraphy of Quran as Booklet. Beside highlighting the preservation of Holy Quran by its memorization and Publishing in the form of booklet to its Modern form of Computerization, this is a time to act on its invitation to think and ponder on Allah’s Creations around the Universe and within ourselves.


While sitting at Masjid e Nabvi (PBUH) I have planned for "The Holy Quran Exhibition Park, Research & Development Center Project" for Muslim Ummah where a Person enters to learn The Message of Holy Quran. All Quran Topics upon Allah has invited Mankind to Ponder may explained with Modern Sciences in the Light of Quran, especially Allah’s Portents in our Observable Universe and within Ourselves. This would be a unique life changing and thought-provoking Interactive Exhibition in 3d Modeling, 7d Holograms Technology, Multimedia (Audio &Video), Pictures & Graphics, Touch Screens, all Explained in Multilingual (English, Urdu and Other International & Domestic Languages) with QR Logo Scan for Browsing & Sharing Exhibition Information over Smart Phones, ever seen by Mankind. This Exhibition shall accomplish its goal in the true spirits of Islam, educating all Muslims and Non-Muslims as well our Future Generations. Insha Allah!

Now-a-days, Internet and Social Media have so much anti-religion propagandas & anti-Islamic Campaigns which are destroying the character of our youth and shaking their faith with disinformation. We have to show the right path to our generation and should not let them de track.

Here is my proposed plan for "The Holy Quran Exhibition Park, & Research & Development Center" Project.  Here I have presented you only a doted line of my plan, since I could not write it complete online because people can steal away the idea. I would provide it in personal presentation.

In This Exhibition, I will present my Research Work as well all other Islamic Scholar's Research Work on the Holy Quran and it will be in 3d Modeling, Holograms, in Multimedia (Audio Video), Pictures & Graphics, Touch Screens, all Explained in Multilingual Exhibition. I wish to establish a Quran Research & Development Center for ongoing research  process.

Hereby I am seeking your kind Sponsorship, for complete Support to setup “The Holy Quran Exhibition”. and Quran Research & Development Center.
We need the following such as:

·         Hydraulic System for Observatory Rotation and Up Down Motion

Let’s change the future of Generations. I'm looking forward for your kind sponsorship to build this Project. together we achieve… 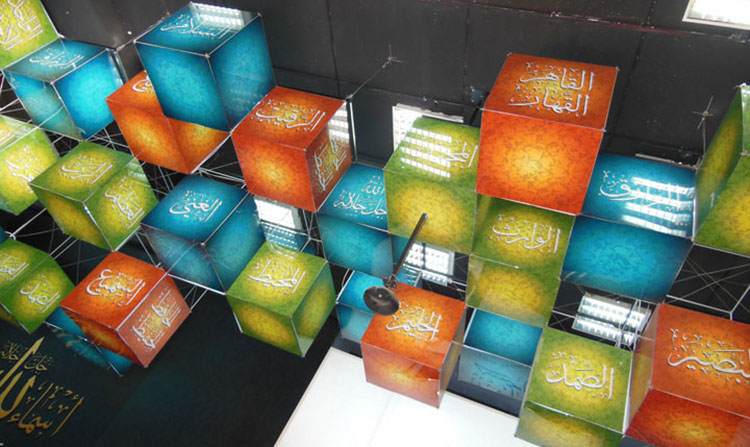 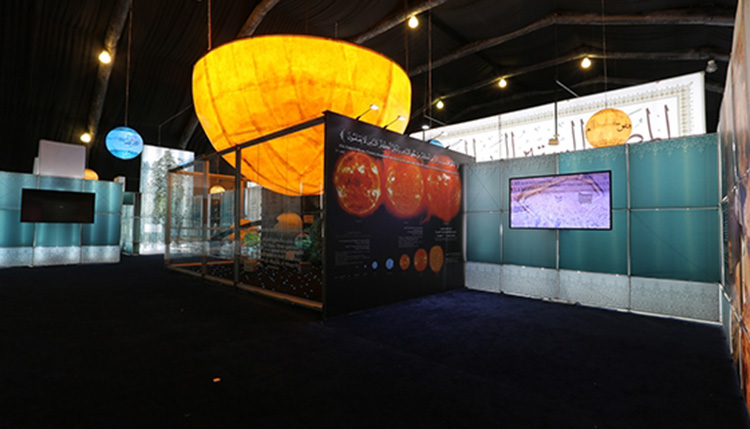 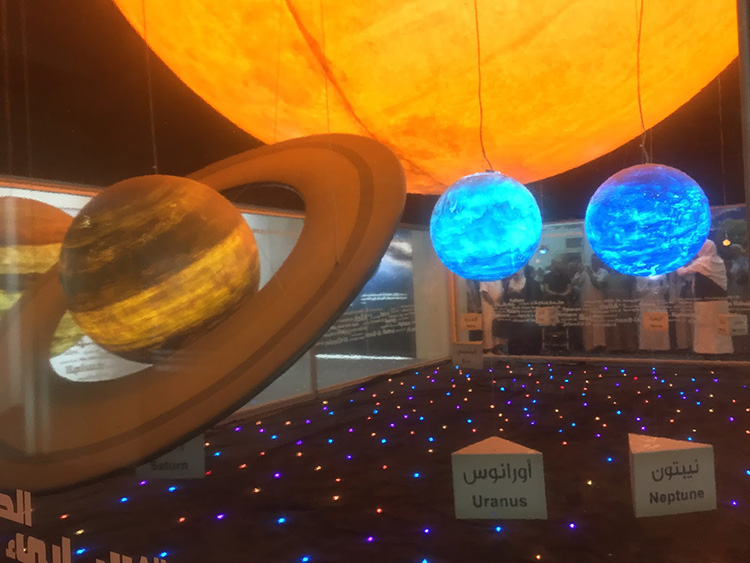 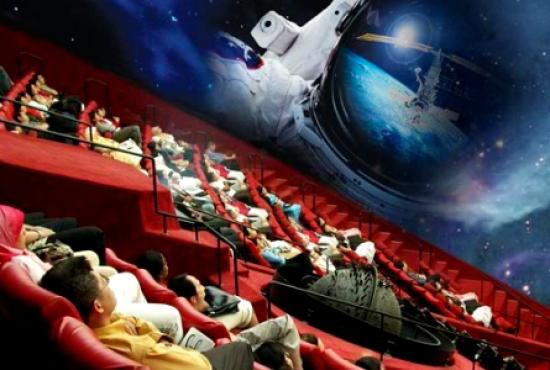 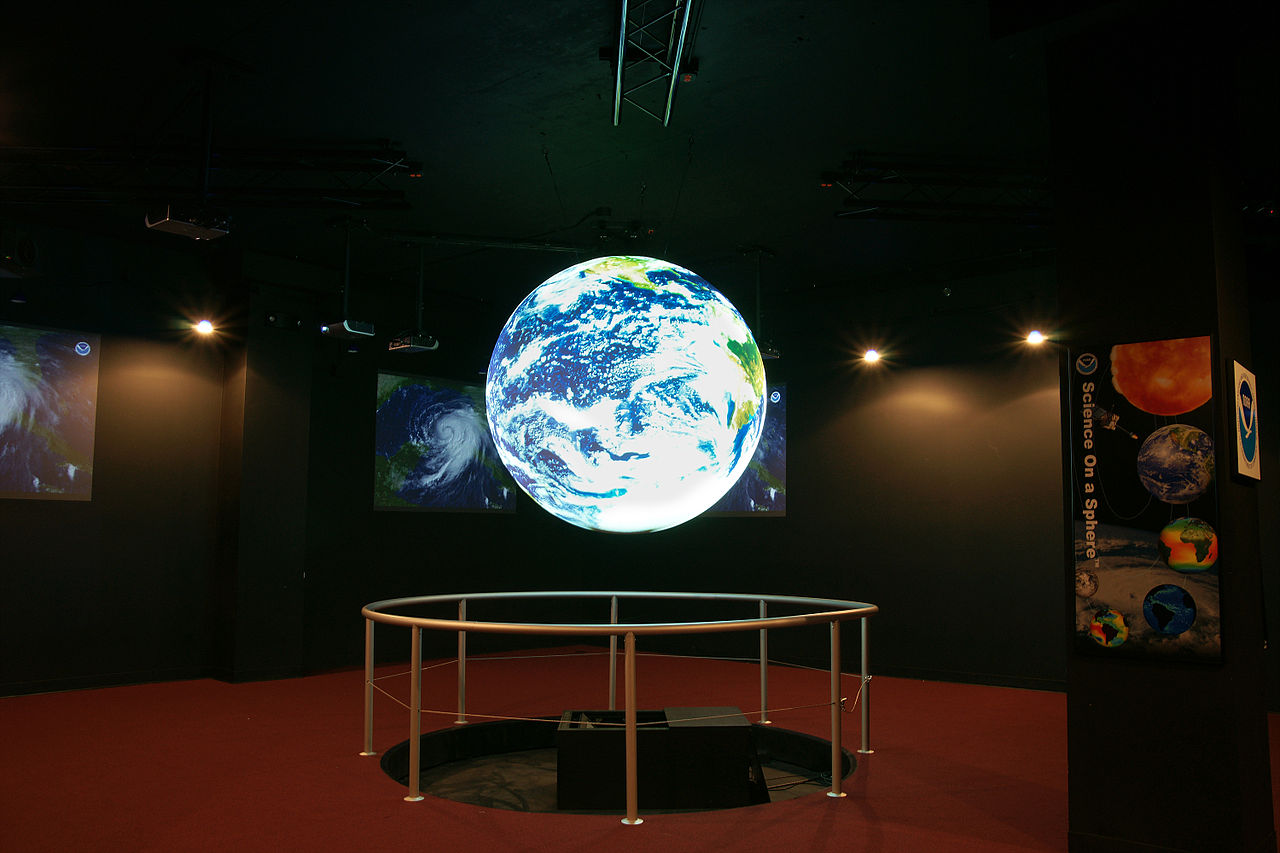 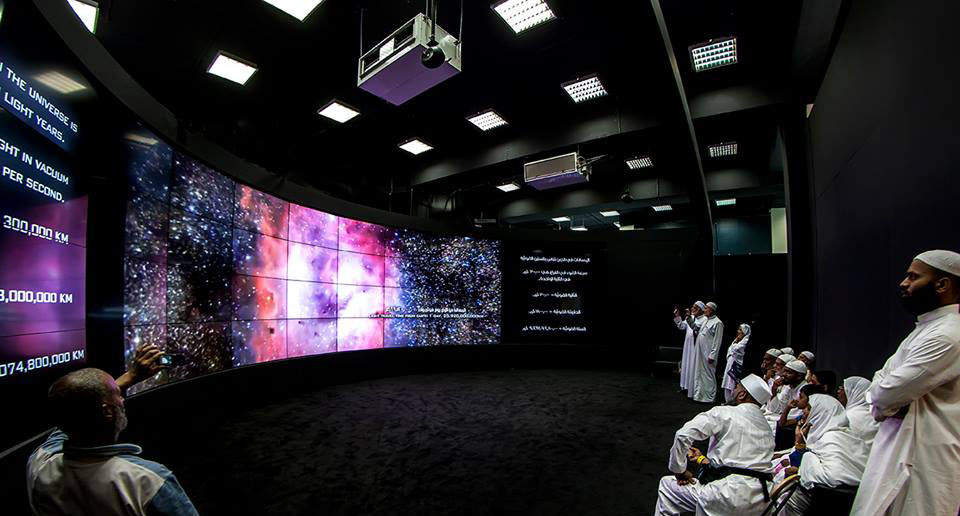 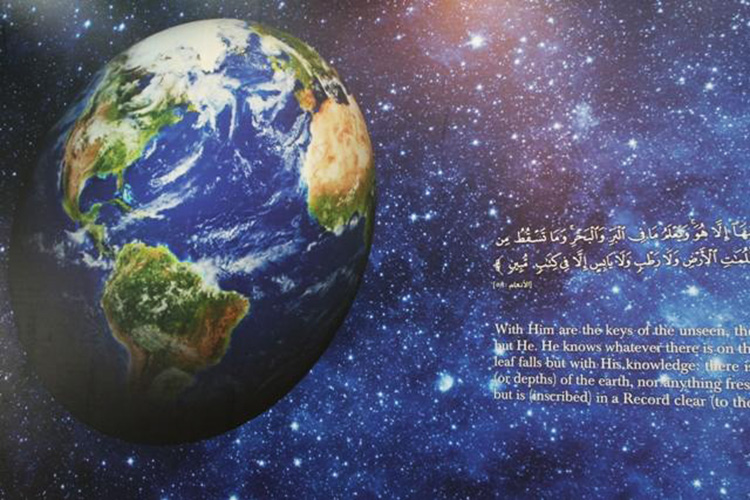 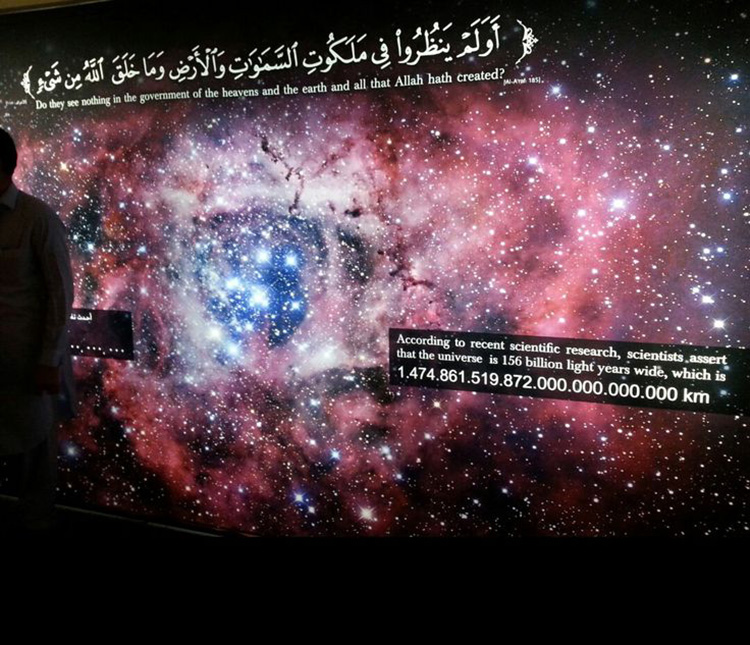 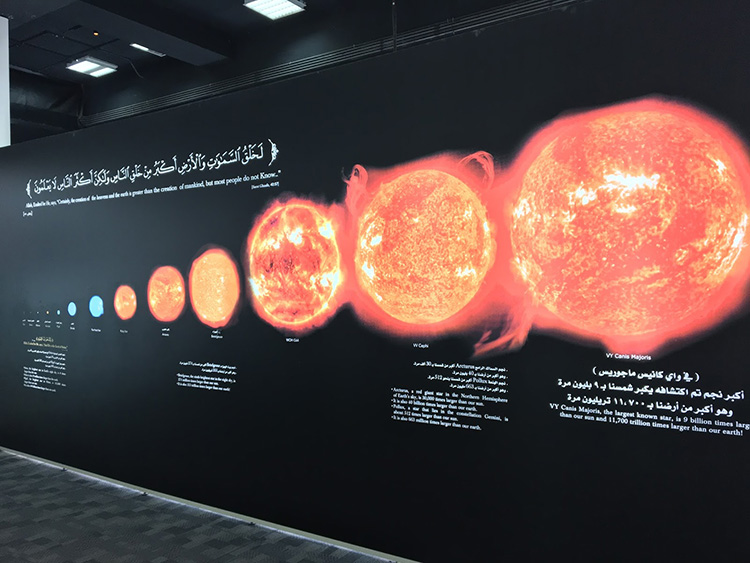 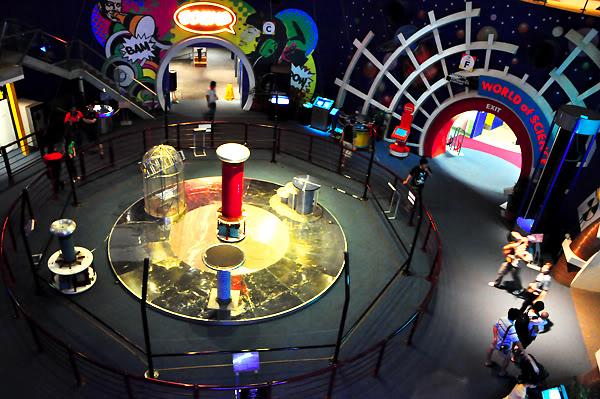 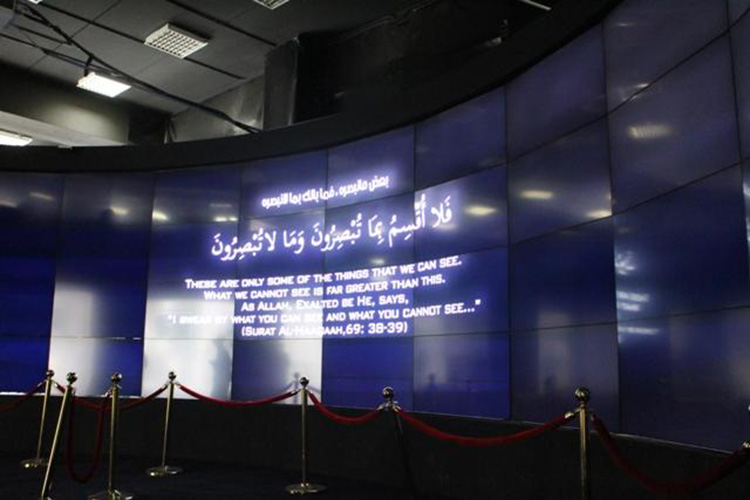 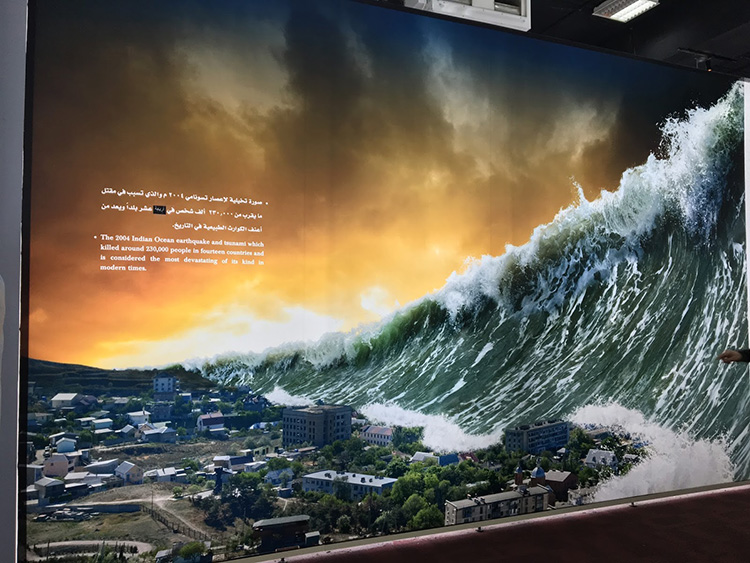 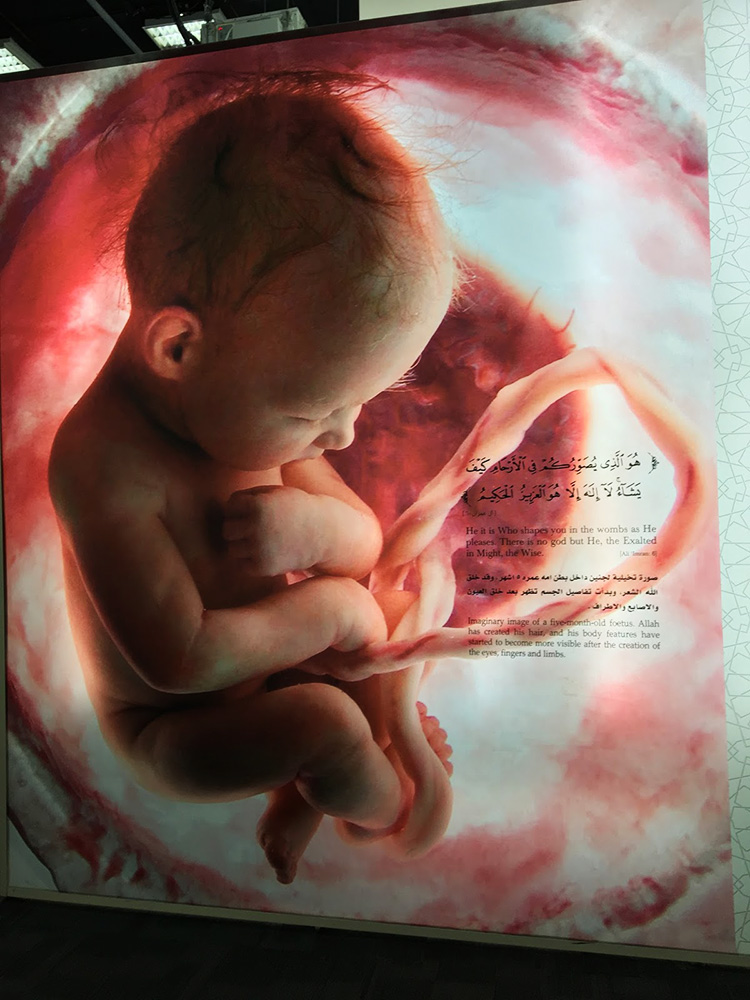 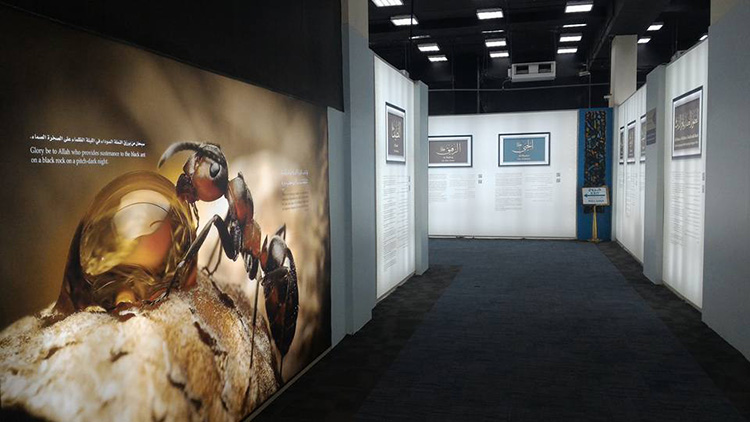 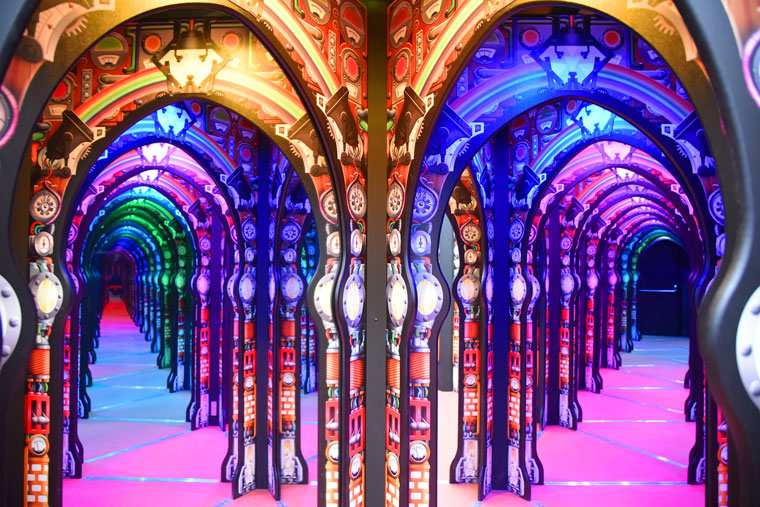 The Author wrote a Proposal to the President of Pakistan about this Project “The Holy Quran Exhibition Park and Research & Development Center”. The President office forwarded request to the Ministry of Religious Affairs. Here are the Official Replies from Government of Pakistan...